Turbo automatically provides ad blocking in popular web browsers such as Chrome and Firefox. In addition, any application running in a Turbo container can be ad blocked using Turbo container networking.

Popular web browsers in the Turbo Hub such as Chrome and Firefox come pre-configured with ad blocking. 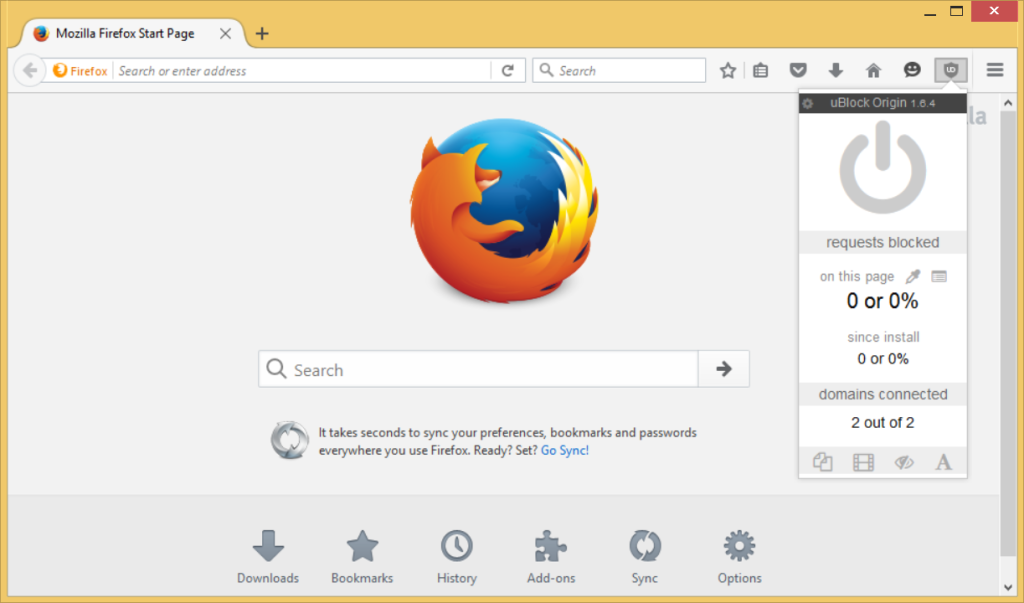 Turbo uses the uBlock Origin plugin, a popular open source system currently installed on millions of devices. Turbo augments the default configuration with data on additional advertising networks. The ad block plugin and databases are automatically updated as part of Turbo's automatic browser patching system -- users or administrators don't need to do anything!

If you wish to use a non-adblocked version of a browser, use the "Base" version in the Hub. For example, the mozilla/firefox-base image is a default Firefox image with no adblocking or other plugins applied.

Turbo also provides an alternate approach to ad blocking based on virtual network configuration in the container. Recall that Turbo supports custom IP routing rules within containers. The Turbo Hub provides a pre-configured routing table with known advertising networks and hosts blocked. Applying this layer blocks access to these advertising networks. This allows ad blocking for applications other than web browsers, where ad blocking plugin interfaces are not available.

Applications containing advertising in the Turbo.net Hub have this layer enabled by default. Examples include Skype and uTorrent.

To enable network-based ad blocking on your own applications, right-click on the application and press the Settings context menu button in the Applications tab of the dashboard. Then select the Network tab and click the Add button next to the Block Ad Networks layer: 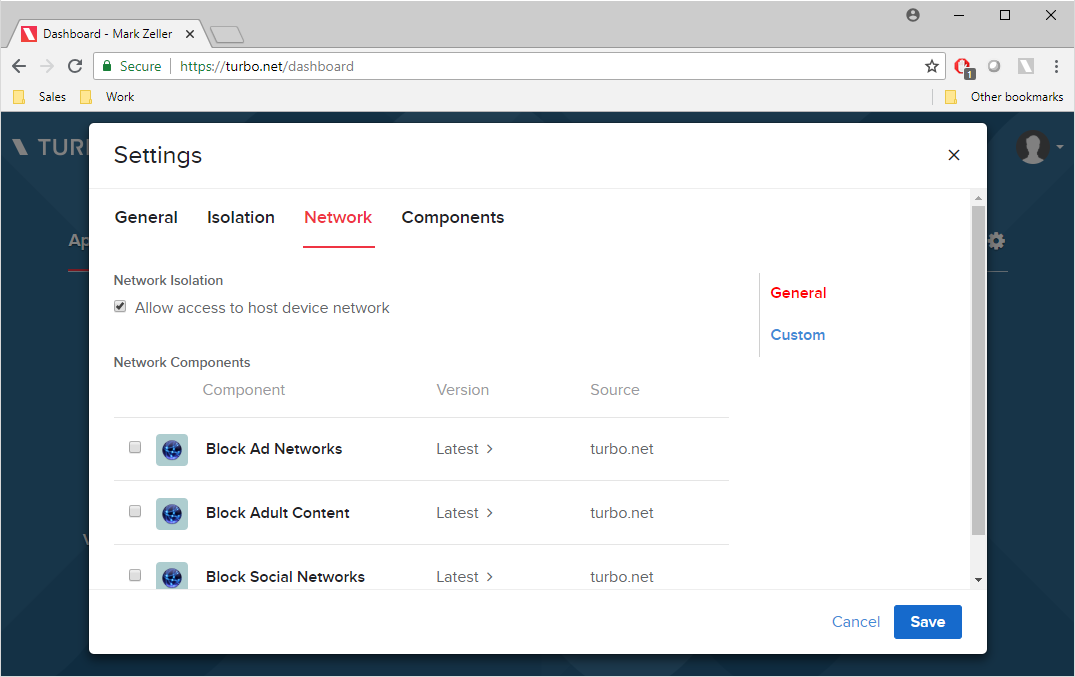 The Block Ad Networks layer is an aggregation of multiple databases of advertising network hosts and IP addresses. These are updated nightly by TurboBuild and pushed automatically when automatic patching is enabled. Additional manual customizations can be applied on top of the layer by clicking on the Custom sub-tab.

For a small group of hosts which is unlikely to change, use the route block TurboScript instruction to add blocked hosts or IP addresses.

See the Skype or uTorrent TurboScripts for more detailed examples.

If there are a large number of hosts to block, it is easiest to define routing rules in a route file. A simple route file is below:

The declaration PreResolveHostNames=false instructs Turbo to skip resolving DNS names until the first time they are used. This significantly reduces the time required for launching an application when the configuration contains thousands of hosts.

Before submitting an application image, you may want to verify how an application behaves when hosts are blacklisted. The Turbo command line interface provides --route-block and --route-file options for this purpose:

Once the changes have been tested, they can be applied with the turbo commit command using the same flags.

The Block Adult Content routes layer can be used with any Turbo container, including web browsers, email clients, instant messengers, or any other applications. The layer contains a set of IP routing rules that automatically block connections to adult content sites.

To enable network-based adult content blocking on your own applications, right-click on the application and press the Settings context menu button in the Applications tab of the dashboard. Then select the Network tab and click the Add button next to the Block Adult Content layer.

The layer can also be applied using the command line interface. To use the layer, insert block-adult-routes into the image list. For example, to run Chrome with adult sites blocked, use the command:

As with ad and adult content blocking, you can add this layer from your turbo.net dashboard with Block Social Networks layer or from the command line: