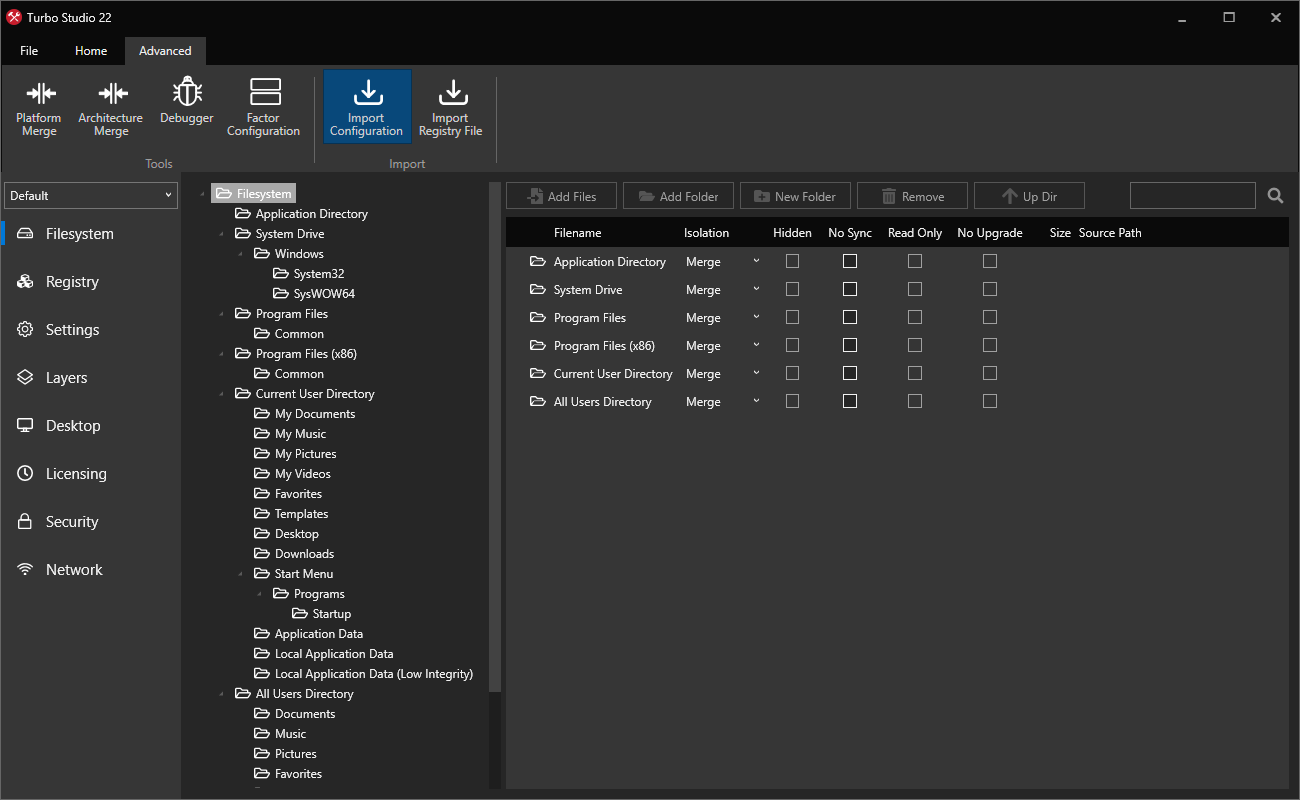 To import an application package into Turbo Studio, please follow these steps:

Once the import is complete, the configuration will be saved to your destination folder and opened in the Turbo Studio editor.

Support for App-V packages is currently in beta and is available in Turbo Studio 22.9+.

Next it is recommended to open each .xappl file in Turbo Studio and click Build to create the Turbo images. You may also Build and Run the base configuration to confirm that the application launches correctly.

The following sections describe how to import dynamic configurations and how to deploy the newly built Turbo images to users.

Support for App-V dynamic configurations is currently in beta and is available in Turbo Studio 22.11+.

Dynamic configurations allows package publishers to customize how their packages run for users or machines without rebuilding the entire package. Turbo supports this same functionality through layering.

It is recommended to open each .xappl file in Turbo Studio and click Build to create the Turbo images.

Turbo images created from the App-V import process can be deployed by running the installi command. Different user and machine configurations can be achieved through the use of layering.

For example to deploy an imported App-V package with default extensions to the current user, the extensions image can be layered on top of the base image:

For more information on deploying applications with Turbo, see Deploying to a Desktop.

UserScripts and MachineScripts are not imported automatically. Scripts with application startup and shutdown triggers may be added manually in Turbo Studio from the Settings > Startup > Scripts menu.

For example, applications that require advanced settings such as Chromium Virtualization must be applied manually in Turbo Studio after import.